Add to wishlistAdded to wishlistRemoved from wishlist 2
Add to compare
5.5
Expert ScoreRead review

itel A33 was quietly introduced into itel Mobile’s long list of smartphones pretty recently. The device is focused on bringing the simplest features of a smartphone to everyone. Some of its features include Android 8.1 Oreo Go Edition, fingerprint scanner and 8GB internal memory.

Itel A33 Key Specs and Features

The Itel A33 is designed with a plastic material that shields its internal metallic frame. Consequentially, you have a smoothly furnished back of the device which makes holding it very convenient.

At this back, you’ll find a rear-mounted fingerprint scanner that works out the biometric authentication.

To spice up your taste, the manufacturer produces three colour variants of the device – City Blue, Black and Champagne Gold. Each of these variants weigh 123g.

An IPS touchscreen sized at 5.0 inches is present on the device. Its resolution of 480 x 854 pixels equates to 196 ppi pixel density.

Within the itel A33, a removable Li-Ion 2,200mAh battery is placed. The phone charges at a normal rate due to the absence of Fast Charge. It charges through a MicroUSB v2.0 port and supports OTG cable.

In low light, you can use the rear LED flash to brighten the images taken by the 5MP primary camera. The same thing can be said of the front’s 2MP shooter. However, the front camera does one more function – Facial identification.

Unsurprisingly, a Quad-core 1.3GHz processor is present at the core of this device. This CPU alongside the Mali-400 GPU are positioned on the MediaTek 6580 SoC.

Software roles are undertaken by the Android 8.1 Oreo Go Edition. Also, the memory section is primarily occupied by the 1GB RAM and 8GB extendable storage.

itel A33 comes with 16GB internal memory, available memory has a 140% increase if compared to A32F, which means there is about 12GB will be available on A33. Other than that, with the optimized Android Go OS with new and reimagined pre-installed apps, now your A33 has more free space to save photos, videos, and install more apps.

Capture the Best Moment with Varies Photo ModesPhotos taken are crisp and vivid with the 5MP rear camera and fast auto-focus. A33 packed with a comprehensive range of built-in camera functions and filters that help you take beautiful panoramic and clear night shots effortlessly.

Smoother Performance Offered By The Optimized Android™ 8.1 (Go edition) OSThe optimized Android™ 8.1 (Go edition) operating system ensures a smoother experience and offer more storage, and maximizing battery life.
Perfect for One Hand Operation with a 5” screen with a streamlined body you won’t want to let go of, A33 offers a comfortable grip with great visual experience when watching a video or playing games.

Here are a few specs of the Itel A33:

Images of itel A33

Our Rating of itel A33
itel A33 is a small portable budget smartphone that was quietly released in the smartphone industry. The device is focused on bringing the simplest features of a smartphone to everyone. Some of its features include Android 8.1 Oreo Go Edition, fingerprint scanner and 8GB internal memory. If you are looking for a budget smartphone, please checkout itel A33 from Mchris stores near you.
Design
5.5
Features
4.5
Camera
5
Battery
6
Display
5
Storage
4.5
Connectivity
6.5
Performance
5
Usability
7.5
PROS
CONS 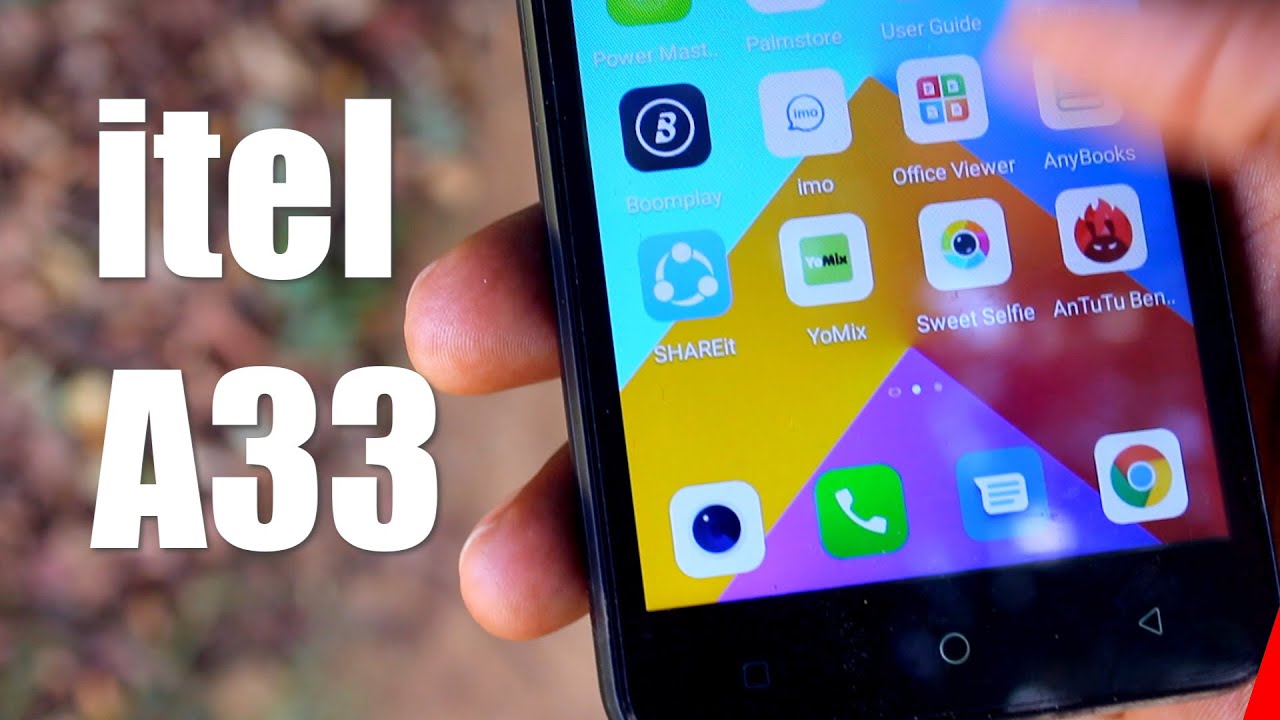 Added to wishlistRemoved from wishlist 0
Add to compare
Mobile Phones

₦27,000.00
Add to cart
Added to wishlistRemoved from wishlist 1
Add to compare
Apple