iTel S17 spec is the direct successor to the S16 smartphone launched back in 2020. The newcomer extends the display from 6.5-inches used on the older model, to 6.6-inches. The screen still maintains a dewdrop notch on the head, which is where the front-facing camera is kept, and the screen panel is still IPS with 720 x 1612 pixels resolution. The device comes with a triple camera sensor at the back, combining an 8 MP Main snapper, 2MP depth, and a third AI sensor, while a single 8-megapixel selfie lens is kept in the notch upfront. You are also getting a rear placed fingerprint scanner and support for dual 3G SIMs. Thankfully, battery power has increased from 4000mAh on the older model to a 5000mAh battery, while the OS is now Google Android 11 (Go Edition). The table below contains the full specs of the iTel S17 smartphone. 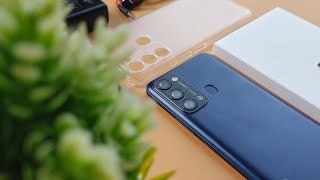 ₦99,900.00
Read more
Added to wishlistRemoved from wishlist 1
Add to compare
Galaxy A

₦49,500.00
Add to cart
Added to wishlistRemoved from wishlist 1
Add to compare
Apple