Nokia 2.4 is officially announced on September 22, 2020 and it is the direct successor to the Nokia 2.3 launched earlier this year. The newcomer sport a larger display and come with a stronger Mediatek CPU. It comes in a 6.5-inches screen with 720 x 1600 pixels resolution, with a dewdrop notch and a tall 20:9 aspect ratio.

At the back, there are two camera lenses comprising of a 13-megapixel main sensor with Autofocus, f/2.0 aperture and a single LED flash, with a secondary depth lens, while a single 5-megapixel selfie seat upfront.

Under the hood, you are getting a 2.0GHz octa-core Mediatek MT6762 Helio P22 CPU, along with PowerVR GE8320 GPU, a 3GB RAM and 32GB internal storage, expandable up 256GB via external SD card.

The phone is available in Dusk, Charcoal and Fjord colors, has a rear placed fingerprint scanner, support dual SIM with 4G LTE network, has a 4500mAh battery and run on Google Android 10 out of the box.

The display size is 6.5 inches with an IPS LCD capacitive touchscreen that provides a resolution of 720 x 1600 pixels. The internal storage is 32 GB and 64 GB that supports 2 GB and 3 GB RAM with a Fingerprint (rear-mounted), accelerometer, and proximity.

Nokia 2.4 also includes features such as GPS with A-GPS, GLONASS, BDS, Radio, Bluetooth 5.0, and micro USB 2.0 and runs on the Android 10 operating system.

It is powered by the Mediatek MT6762 Helio P22 Octa-core processor. The smartphone is pack with a dual camera on the rear side that consists of 8 MP (wide) + 2 MP (depth) and on the front also 5 MP camera.

In terms of design, the Nokia 2.4 is built with a strong finish root. You will get a 3D Nano-textured wrapped in your hand and it offers a stunning Nordic finish.

The 3D nano-textured design is home to a dual-camera setup. There are a 13MP f/2.2 main camera and a 2MP depth sensor. These cameras are sitting above a fingerprint scanner.

HMD Global equipped the cameras with some interesting features like Portrait mode that you can use to shapes and blurred backgrounds. And with the new Portrait editor, you can also refocus and edit pictures long after you’ve snapped them. There is also AI imaging, and night mode which enables you to capture vibrant detail in darker conditions.

The Nokia 2.4 has an Helio P22 processor under the hood paired with an octa-core clocking at a speed of 2.0 GHz. The 12nm bit chip features PowerVR GE8320 for graphics.

The inbuilt memory is 32GB with 2GB RAM. There is a big model that has up to 3GB RAM and 64GB inbuilt storage. The device is powered by Android 10 OS with Android One. So the phone will be getting 3 years of monthly security updates and 2 years of software upgrades.

The Nokia 2.4 has a non-removable battery of 4500mAh but sadly without fast charging technology. HMD says the battery will last up to 2 days in a single charge.

The smartphone has a dual SIM and a 4G LTE network. Other features include NFC, a dedicated Google Assistant button, FM radio, and a MicroUSB port.

Our Rating of Nokia 2.4
HMD has announced the Nokia 2.4 which is the successor of the Nokia 2.3 smartphone. The android phone still maintains the same large screen display size and it has a large battery that will last for days. We strongly believe that Nokia 2.4 is a good buy especially if you are a Nokia fan. You might want to checkout Nokia 2.4 on Mchris.
Design
8
Features
8.5
Camera
7.5
Battery
7.5
Display
8
Storage
8
Connectivity
8.5
Performance
7.5
Usability
8
PROS
CONS 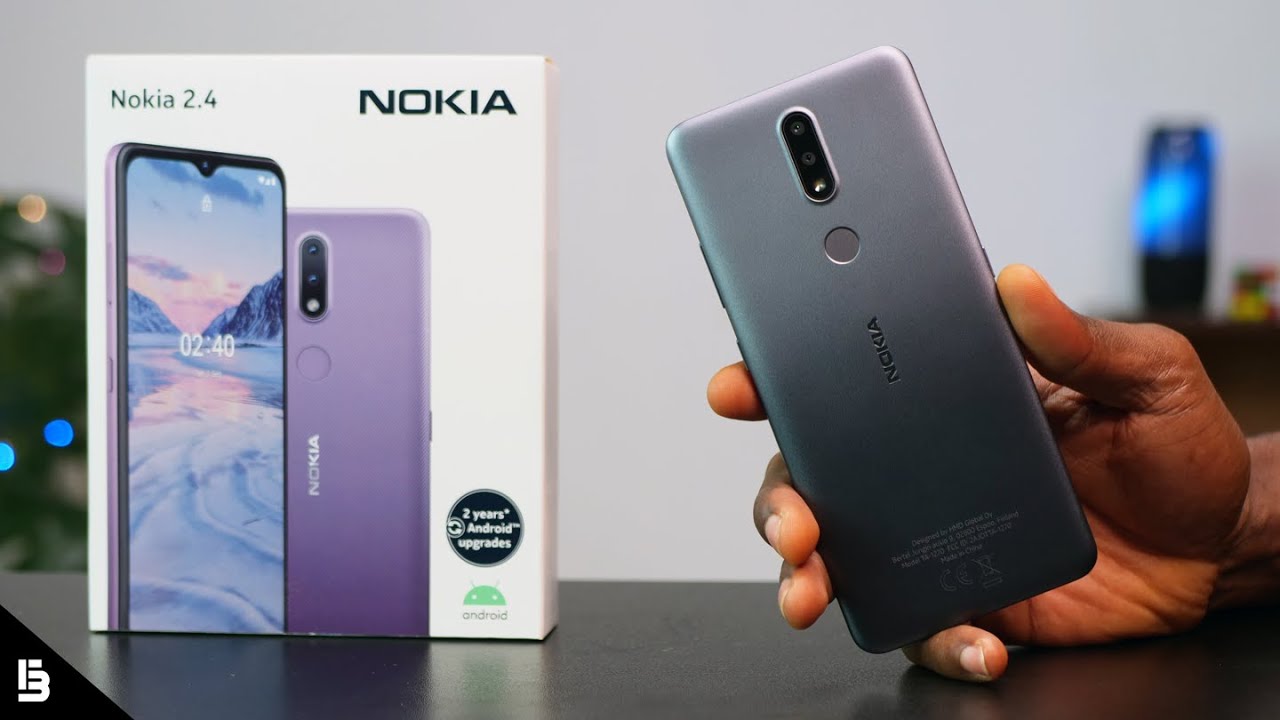 Added to wishlistRemoved from wishlist 1
Add to compare
- 17%
Apple

₦50,000.00
Add to cart
Added to wishlistRemoved from wishlist 0
Add to compare
Galaxy A

₦53,500.00
Add to cart
Added to wishlistRemoved from wishlist 1
Add to compare
Apple