The device runs on Android 10.0 + ColorOS 7 that provides fast performance of the device without any lags. The smartphone is integrated with a big screen of 6.4 inches Super AMOLED capacitive touchscreen.

It is backed by a 4025 mAh battery. Connectivity features in the smartphone include WiFi, Bluetooth, GPS, Volte, NFC and more. The smartphone also features a quad camera on the rear side 48 MP (wide) + 13 MP (telephoto) 2x optical zoom + 8 MP (ultrawide) + 2 MP B/W.

The smartphone includes sensors such as Fingerprint (under display, optical), accelerometer, gyro, proximity, and compass. The device is available in various colors such as Sky White, Midnight Black, and Aurora Blue.

Our Rating of Oppo Reno3
Oppo Reno3 is a good phone that could still be within your budget as a premium phone. It has an excellent camera and came equipped with 8GB RAM / 128GB ROM which is expandable to 512GB using SD card. If you are looking for a premium phone that will serve you well without breaking the bank, then check out Oppo Reno3 on Mchris.
Design
9
Features
8.5
Camera
9
Battery
8
Display
8
Storage
8.5
Connectivity
8.5
Performance
8
Usability
8.5
PROS
CONS 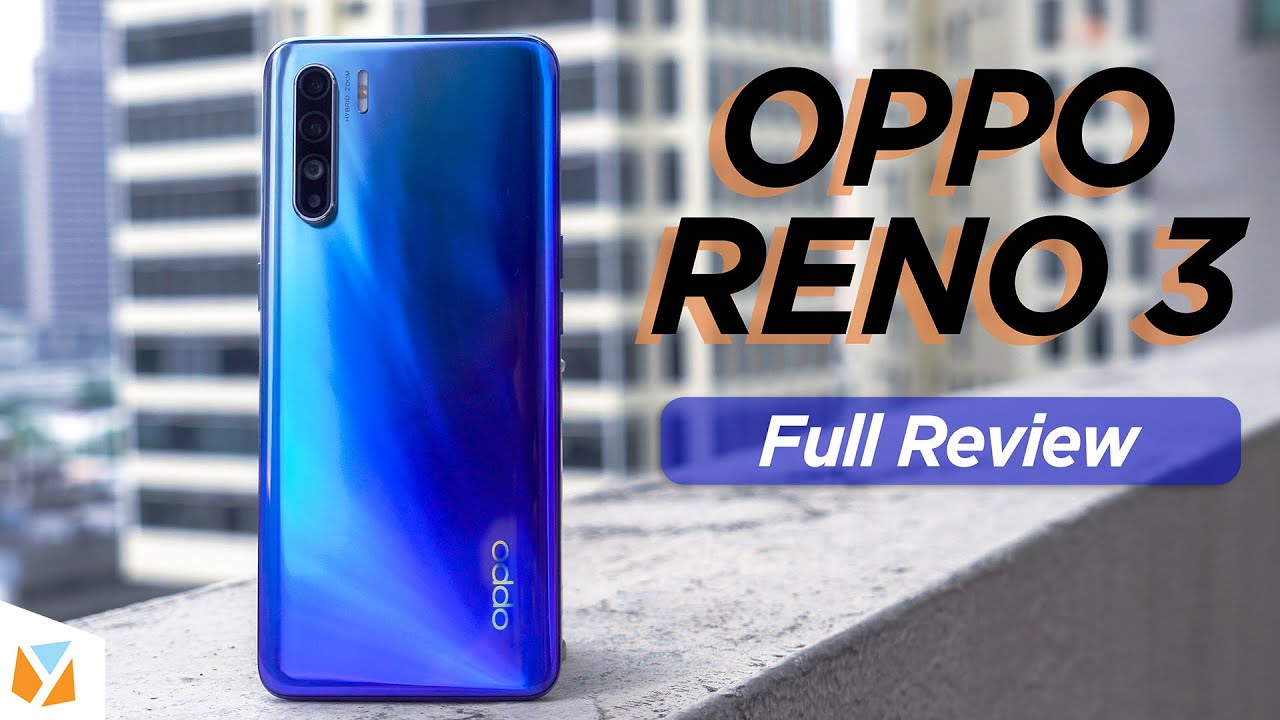